Anthony Hayes has a lot of interesting thoughts and advice to offer on the world of publishing and books more generally but in particular this post in a series on book proposals is especially fine. Thanks Anthony.

Recruiting top scholars for your volume 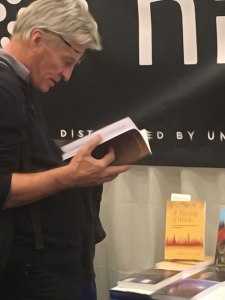 Today I was asked, “how and when does one approach a senior scholar to write a foreword or afterword for a book? My book is a highly focused edited volume, if that makes a difference in your answer.”

That is an interesting (and very relevant) question.

The first issue is what and when.

A foreword and afterword are different beasts. In reality, the first is an extended endorsement of the work; it should be solicited after acceptance (following a successful peer review). In contrast, an afterword is a contribution – of a similar vein to a concluding chapter – normally needing to be peer reviewed, hence solicited beforehand.

Then there is how to approach.

Knowing the person is always easier but otherwise it might help if you can quote someone who does (“I am writing at the suggestion of …”). Then again, I’d probably be more impressed by someone writing to me saying that THEY had thought of me because of my expertise in that area. If you can be even more specific (showing you know their stuff), all the better.

I guess the only sensible thing I have to say is don’t scare the horses.

In short, think of this as sending out another book proposal but this time to a potential reader/reviewer rather than to a publisher.

And if they haven’t the time to do this, out of guilt they might be prepared to write a short endorsement to go on the back cover. Always useful.

It’s been months since you submitted your book proposal and the mail you received today is almost a relief after all the silence. No. The press to which you offered your book (and in which you invested hopes and dreams) says ‘no’; they do not want to publish your book. No solid reasons given. You are not sure they even looked properly at the darn thing (but they do say ‘sorry’ in a nice way). 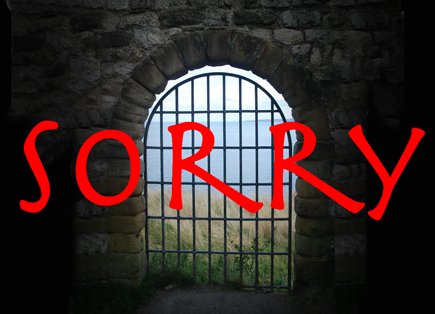 It takes more than time to write a book. It also takes courage, stamina and self-belief, all of which may leach away in the face of (constant) rejection. And, let’s be clear, rejection is the norm. The spurn rate is much higher with journal articles (many journals rejecting as many as 95% of the articles submitted) but the norm is rejection for a book manuscript, too. Luckily, there is (or should be) more than one press or journal to offer your work to.

How then to react to rejection, and to move on positively?

Is it actually ‘no’?

Of course, ‘no’ can come in different shades of black. Sometimes the rejection will not be outright; you may be invited to ‘revise and resubmit’. If so, you may enter a process of ‘acceptance creep’, a period of dialogue during which you revise your work to meet the publisher’s requirements. In essence, you have a tiny toe in the door and over time you can work and wiggle to get first a foot in the door, then a leg and finally all of you – of your book – through to the sunny side of publishing.

However, if you have received a blunt ‘no’, then you need to move on; there is little point arguing with the publisher. Rather, be pleased if the publisher chooses to tell you in any detail why your book has been rejected; such feedback is invaluable. On the basis of the knowledge of the industry, some publishers also helpfully suggest alternative presses which they think might be interested in your work.

If that publisher’s rejection is final, pause a moment. Do not immediately rush off and submit your manuscript to the next publisher on your list. Reflect on the likely reasons that your proposal was rejected.

Only if you take this time to ask the cruel questions – asking exactly what went wrong – can you move on and do something effective about it. Otherwise in all likelihood you are condemning yourself to another round of rejection.

How ever much the rejection hurts (and you may want to shrug the whole thing off as a bad dream), for the sake of your writing career you need to be decisive in response. You have several choices, depending in part on what the original problem was.

In short, you need to gather as much hard information as possible and then do some hard thinking. But, hey, you are a researcher. Isn’t that precisely what you have been trained to do?